By Emily on Wednesday, January 4th, 2023 in Birthstones. No Comments

Where in the world do garnets come from? Some of the most notable sources for garnet are Brazil (spessartine garnets), Tanzania (tsavorite garnets), Myanmar (almandine garnets), India (pyrope garnets), Sri Lanka (rhodolite garnets), and Russia (demantoid garnets). What are the different colors/varieties of garnet? When you think of garnet, you probably picture a dark red gem…. Read More

By Emily on Wednesday, January 4th, 2017 in Gemstones, Informational. No Comments

When you picture a garnet, you probably envision a dark red gemstone. However January’s birthstone can actually be found in a variety of different colors. Most gemstone quality garnets can be classified as one or a mixture of these five different types.  Almandine is the most common type of garnet and can be found in… Read More

By Emily on Wednesday, January 6th, 2016 in Gemstones, Informational. No Comments

In honor of it currently being the beginning of January, we thought it would be an apt time to talk about this month’s birthstone. Enjoy these 9 fascinating garnet facts. January’s birthstone has historically signified faith, friendship, loyalty, and truthfulness. Most garnets can be classified as one or a mixture of five different types: almandine, pyrope,… Read More 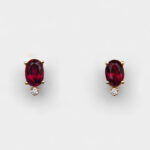 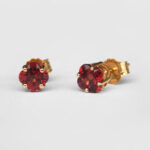 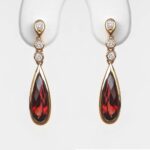 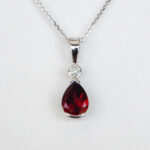 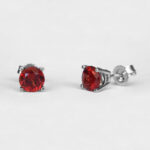