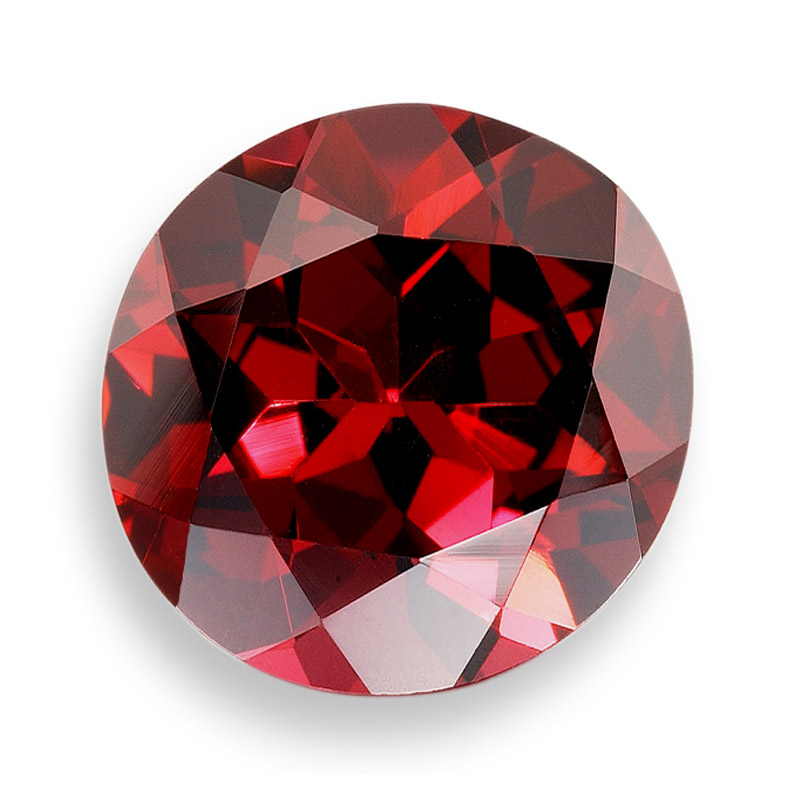 Where in the world do garnets come from? Some of the most notable sources for garnet are Brazil (spessartine garnets), Tanzania (tsavorite garnets), Myanmar (almandine garnets), India (pyrope garnets), Sri Lanka (rhodolite garnets), and Russia (demantoid garnets).

What are the different colors/varieties of garnet? When you think of garnet, you probably picture a dark red gem. However, garnets can actually be found in pretty much any color except for blue. A majority of the garnet varieties can be classified as one or a mixture of these five types: almandine, pyrope, andradite, grossular, and spessartine. Click here for more information on these different varieties of garnet.

What is a rhodolite garnet? If you’ve visited our store or looked at our website, you may have noticed that a large portion of the garnets we sell are rhodolite garnets. These are one of the more valuable types of garnet and they can range in color anywhere from raspberry red to purplish-red. If you’re wondering which variety of garnet rhodolites fit into, they’re actually a mixture of both pyrope and almandine.

Where does a garnet’s color come from? The presence of trace elements in garnets causes them to take on various colors. For instance, iron causes the gem to take on a red color and chromium typically leads to green garnets.

What determines the value of a garnet? Like other gemstones, a garnet’s value depends on its color, cut, clarity, and carat weight. However, there are some types of garnet that are more valuable than others. Red rhodolite and orangish-red spessartine are uncommon and considered more valuable than other more common varieties, such as almandine. The rarest garnets are the highly-sought-after green tsavorite and demantoid. Because these gems are extremely hard to find in large sizes, they’ll command a higher price tag than other more common forms of garnet. When looking at the cut and clarity of a garnet, those that have an excellent cut and lack any visible inclusions are the ones that have the biggest value.

Do garnets symbolize anything? Garnet is the official birthstone for the month of January. It’s also the designated gemstone for the 2nd anniversary. Throughout history, garnets have signified faith, friendship, loyalty, and truthfulness. The gemstone is also believed to calm anxiety, cheer the heart, encourage guidance and inspire creativity.

Can garnet jewelry be worn every day? On the Mohs scale of mineral hardness, garnets fall between 6.5 and 7.5, which means they’re not as durable as diamonds, sapphires, rubies, or topaz, but can still be worn in everyday jewelry.