Where in the world do garnets come from? Some of the most notable sources for garnet are Brazil (spessartine garnets), Tanzania (tsavorite garnets), Myanmar (almandine garnets), India (pyrope garnets), Sri Lanka (rhodolite garnets), and Russia (demantoid garnets). What are the different colors/varieties of garnet? When you think of garnet, you probably picture a dark red gem…. Read More 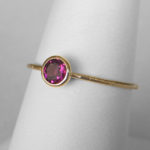 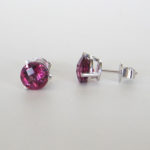