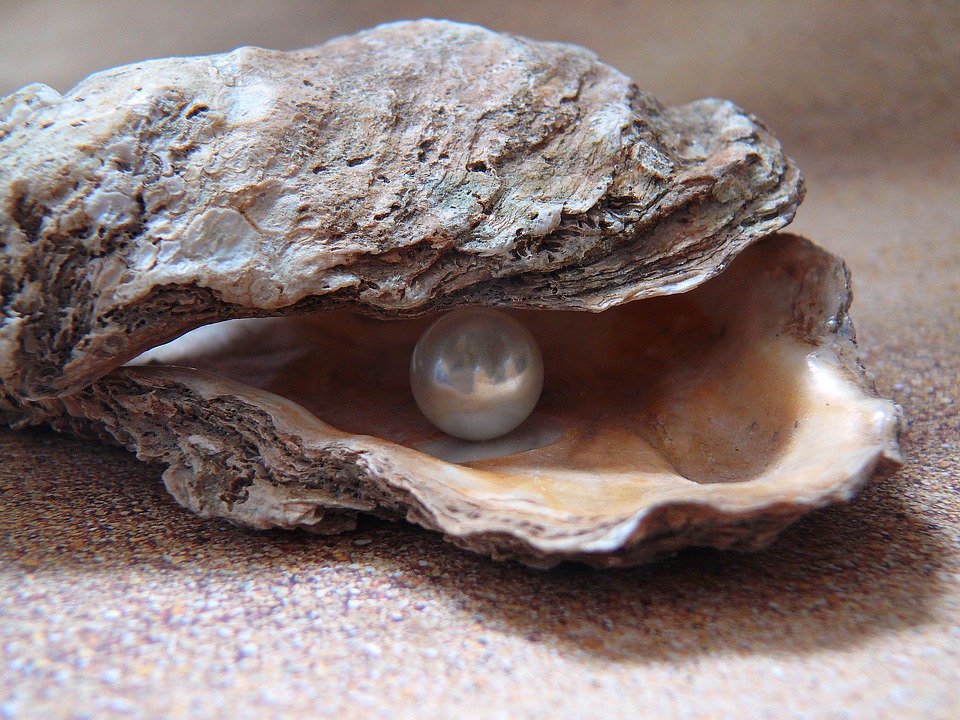 Imagine that you’re living in south-central Wisconsin during the late 1800’s. You make $10 a week and have to spend most of that money on food and shelter. Suddenly you read a story in the town newspaper about a local resident who found a pearl in Sugar River and sold it for $100. Later you read another story of another pearl found in the river that sold for even more money. So what’s a hard-working Wisconsin citizen going to do? Jump in the Sugar River and search for your own pearl, of course!

That’s exactly what thousands of rural Wisconsinites did, each hoping to find their own little piece of treasure. Newspapers began spreading the word about these pearl discoveries and soon enough at least twenty-three Wisconsin communities were part of the pearl rush. One of the most successful pearl searchers was W. H. Murray of Brodhead, Wisconsin. It’s reported that Murray earned enough money from pearling in one year to purchase his own farm.

But by no means was finding your own pearl an easy task.  Typically, only one in 10,000 clams produce a high-quality pearl. So why would so many people spend countless hours searching for something so elusive? For many, the chance at instant fortune outweighed the time and effort spent digging in the mud for clams. Pearls, which have always been a long-standing measure of financial status, were in high demand during the late 1800’s and early 1900’s. Traditional sources of pearls, including the Persian Gulf and Indian Ocean couldn’t keep up with the high demand, so other locations, like Sugar River proved to be an additional resource for high quality pearls.

It is estimated that about $300,000 worth of pearls were collected from Wisconsin rivers from 1889-1891. In today’s dollars, that amount would translate to about $8 million. The success of the Wisconsin Pearl Rush began to spread to other communities across the United States and soon enough, other American cities began to search for pearls in their own rivers.

For many, a visit to their local river in search of pearls proved to be an exciting recreational activity. Today, however clamming is illegal in most states, including Wisconsin. Several species of clams have become endangered over the years, so collecting them for personal use is absolutely forbidden. But with thousands of pearls having been found and sold during the Wisconsin Pearl Rush, who knows, maybe a Wisconsin pearl jewelry piece is closer than you think.