The 5 Most Epic Marriage Proposals Ever 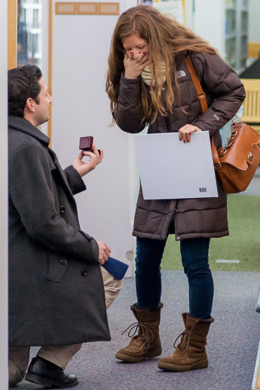 It’s a once in a life time event. Making sure your proposal is romantic, sincere, and unforgettable is the goal of many proposers. Here’s our list of the most epic marriage proposals ever.

He had enlisted the help of the company that owns Angry Birds and worked with their representatives to design a new         game level made especially for his proposal.

Isaac enlisted the help of over 60 people including a marching band to participate in this epic proposal.