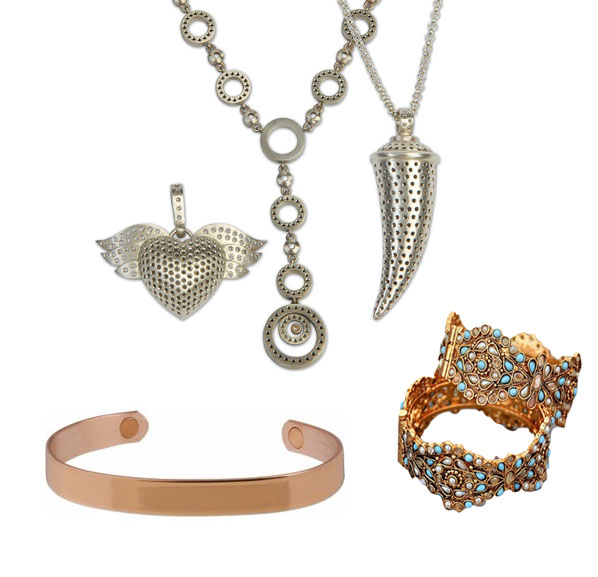 Did you know that precious metals commonly used in jewelry can actually kill germs and heal wounds? Decades ago, researchers discovered that both gold and silver are able to destroy harmful bacteria. So how do these metals destroy bacteria yet remain harmless to humans? Well, the answer lies in the thickness of our cells’ walls. Since bacteria have a thinner cell wall compared to humans, silver and gold are able to penetrate their cell walls and completely destroy them. It does this by interrupting the bacteria cell’s ability to form chemical bonds, a process essential to its survival.

Because of their ability to destroy bacteria, both silver and gold can be considered a type of antibiotic. Even though the process of bacteria elimination takes longer with gold and silver, it may actually be more effective. After continued use, bacteria eventually become resistant to antibiotics, something that doesn’t happen with gold or silver.

Not only can silver destroy bacteria, but it can also heal wounds. Silver ions have the ability to turn mature cells into stem cells, which help with the reconstruction of lost and damaged cells. These skin restorations can range anywhere from the replacement of a fingertip to the restoration of a severe hand wound.

Gold and silver aren’t the only metals known for their health benefits. Copper is as well. For thousands of years, copper has been used as a remedy for many different ailments. It’s known for its ability to heal wounds, treat lung disorders, and eliminate headaches. Copper is believed to help regulate thyroids, strengthen bones, increase melanin production, aid in the formation of new cells, and help with iron absorption. Like silver and gold, copper can also help destroy harmful bacteria. In fact, hospital doorknobs are commonly made out of copper and brass to minimize the spread of bacteria.

One of the more commonly known health benefits of copper is the metal’s ability to help relieve joint pain. For this reason, people with arthritis will sometimes wear a copper bracelet to help relieve pain. So how is copper able to provide so many health benefits? Well in order for these benefits to happen, copper must come into contact with the body’s skin oils and acids. When it does, it releases micro-nutrients that enter the bloodstream through the skin.