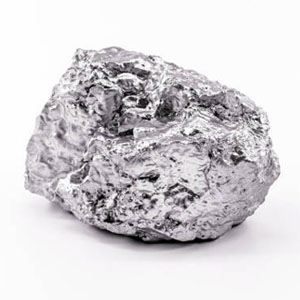 Palladium is a rare, silver-white precious metal. A member of the platinum family, palladium has a lot of the same benefits as platinum as well as a similar appearance, but weighs about half as much. While the cost of palladium was previously less than that of platinum, the metals are currently around the same price. This is due to a recent shortage of palladium.

Some of the benefits of palladium include:

While there are several different uses for palladium, the metal is most commonly used in car exhaust systems, where it helps reduce emissions of toxic pollutants. It’s also used in electronics, dentistry, and of course, jewelry. Most palladium comes from Russia and South Africa.

As mentioned before, palladium is very similar in appearance to platinum. In fact, most people can’t tell the difference between the two metals. Palladium is slightly darker. But other than that, the metals look virtually the same. So why is platinum used much more frequently than palladium in fine jewelry even though both metals look similar, have the same benefits, and are priced comparably? It all comes down to one explanation…

Palladium is challenging to work with. It takes a skilled jeweler to create and repair palladium jewelry. Because of this, you’ll likely have to pay a premium if you ever need palladium jewelry repaired. You also won’t have as many styles to choose from when purchasing already-made palladium jewelry, since most jewelers only work with sterling silver, gold, or platinum.

If you’re interested in purchasing palladium jewelry or have any questions regarding this metal, feel free to contact us at 414-276-2457 or info@kloiberjewelers.com.