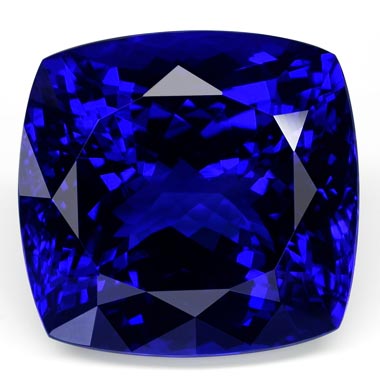 December birthdays have not one, but three different birthstones to choose from: zircon, tanzanite, and turquoise. Since we previously wrote about zircon, we thought we would highlight another one of December’s birthstones. Step aside turquoise because tanzanite is taking center stage for this week’s blog. Here are some interesting facts about this stunning gemstone.

It’s relatively new. Even though tanzanite was first formed an estimated 585 million years ago, it wasn’t actually discovered until 1967. Additionally, tanzanite wasn’t even endorsed as a birthstone until 2002.

It’s found in only one place in the world. Tanzanite can be found in the East African country of Tanzania, near Mount Kilimanjaro. The only known deposit of tanzanite is located on a 4 square kilometer wide hilltop, making it a very rare gemstone.

It won’t be around forever. Since tanzanite is found in only one part of the world, its supply is limited. According to JORC geologists, tanzanite reserves will be depleted in 301 years.

It’s pleochroic. This means that you’ll be able to see different colors depending on how you tilt the gemstone.

It’s associated with fertility. Said to stimulate fertility and enhance libido, tanzanite is sometimes given to recently wed brides who are looking to start a family in the near future.

It’s for year 24. Tanzanite is recognized as the official anniversary gemstone for the 24th year of marriage.

It’s valued for its color. The vivid blue of tanzanite usually results from artificial heating at about 700 degrees Celsius. It is extremely rare to find tanzanite that has not been heated after excavation.

It’s actually a blue zoisite. In fact, the name blue zoisite was initially considered for the gem, but the more exotic and memorable name of tanzanite was chosen instead.

It has a cooling effect. Since tanzanite wasn’t discovered until 1967, there isn’t any folklore regarding the gemstone. However, like other blue gemstones, tanzanite is believed to calm one’s self and reaffirm one’s individual will.